Get Services
GET SERVICES

The History of PC Telcom

While Holyoke has had telephone service in one form or another since 1888, it appears the first telephone switchboards were installed shortly after the turn of the century. A telephone line between Haxtun and Holyoke was completed in October 1903, the culmination of much effort. Immediately, there were plans to extend the line from Haxtun to Sterling, and a line was to be run from Wray to Brush. The Western Mutual Telephone Company of Haxtun was mentioned. Barbed-wire lines were run out from Holyoke in several directions, for instance to the Wetherbee Ranch southeast in the hills which also served the Sandys, Stickles and others in that area. The M.V. Summerses had a line.

From about 1906 to 1910 the J.W. Webermeier family maintained a switchboard that connected Lamar, Nebr., and Holyoke by barbed wire, also a line north from Webermeiers. The Burlington was introducing telephones between divisions. A telephone switchboard for Holyoke and the county lines was installed at the home of Mrs. McCarty in 1905. Later that year C.H. Harris was hired by the Telephone Company to conduct the central switchboard.

In May 1906 the Phillips County Telephone Company was incorporated. The original incorporators of the company were A.C. Cauble, S.S. Worley and C.M. Gillis with Will E. Heginbotham being the notary public.

In September 1906, the town of Holyoke granted the Phillips County Telephone Company a franchise to provide telephone service, and two weeks later granted a franchise to the Colorado Telephone Co. (later called Mountain Bell). So we had competition even in those days.

In February 1907, an ice storm tore down 30 miles of Holyoke-Sterling toll line. Service was restored after two weeks of strenuous effort. The ice was wrist size on the lines.

In 1908, the Phillips County Telephone Co. purchased the building from C.H. Harris and hired George Sarver to operate the switchboard and maintain lines for $65.00 a month. The hours were from 6 a.m. to 10 p.m. and he had to furnish the lights and heat for the building.

In 1914, the company removed the pay phone from Amherst and placed it in the Holyoke Burlington Northern Depot. In October 1917, Harry Essex was hired to run the telephone system. March 1918, Mr. G.G. Meyers was hired as lineman and Mrs. M. Meyers as chief operator. Mr. Charles Harris was hired to build a toll line to Paoli to meet a line being built by J.A. Brooks of Haxtun. The pay was $4.00 per day and he was to furnish car and gas.

In 1919, the lots and building were sold and a lot at the present telephone office was purchased. A new Stromberg-Carlson switchboard and other materials were ordered for $598.75 for the new building. In August 1919 Mr. J.T. Shipley was hired as lineman. A brick telephone office was built in March 1920. Mr. and Mrs. R.J. Seifert were hired in 1920 to operate the company.

In 1924 the people in town, not being able to get phones and having to pay for construction costs and phones, attempted to sell the company to Mountain Bell, but were not successful. The Board minutes show that in 1924, Mrs. Seifert was given an extra $40.00 per month to provide 24-hour service. In 1928 another toll line was built to Ogallala, Nebr. via Highway 6 and the state line.

In August 1939 the Phillips County Telephone Company Board moved to offer moral support and some financial support to pay for an investigation to determine what could be done to correct interference caused by Rural Electrification. Most all rural lines were single wire with a ground return at this time. Lines with the most power interference began to rebuild the two wire metallic circuits. During several of the depression years of the early 30’s, the company gave up to six months free local service to the subscribers. The minutes in 1947 show that the Amherst Community met with the company board and requested lines into the Holyoke system. The board granted them permission for two trunks to be built, and a request from Lamar, Nebr. was tabled.

In February 1950, Willis Demmel was elected to the board; in September, Mr. Seifert retired and Daryl Kropp was hired as lineman and appointed manager in January 1953. Mrs. Seifert continued towork until May 1956 when a SC-XY dial office was installed at a cost of $52,000.00 to replace the old operator magneto switchboard. Roy Knight built the building addition for the dial and future improvements. Darrel Krueger joined the company in 1958.

In 1962, mobile radio telephones were installed, and in 1965, the rural users started to give their lines to the company to maintain and improve. At that time the company began an upgrading program resulting in all rural lines being buried with a new Stromberg-Carlson digital central office being installed in July 1979. This was the first digital switch in Colorado. At this time all lines were upgraded to one party service and all the special customcalling features were being offered to the subscribers.

In 1982, with financing from the Heginbotham Trust, a paging system was installed on the company property. The telephone company provides switching and maintenance on the system. Paging is provided for the fire departments, medical and ambulance personnel, law enforcement and other individuals who are subject to emergency call. At the company’s 1990 annual meeting, it was voted to change the by-laws to reflect a true cooperative status including the accrual and payment of capital credits. Prior to 1990 the company was set up as a mutual-aid company. Also in 1990, Phillips County Telephone Company at a cost of $495,000 installed Northern Telecom switching equipment and cut-over to new fiber optic toll facilities.

In December of 1990, Daryl Kropp retired after 40 years of service. In August of 1993, after several years of exploring options, Phillips County Telephone Co. installed the equipment necessary to provide Enhanced 911 (E911) at the Communications Center in Holyoke. 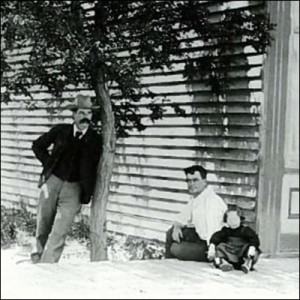 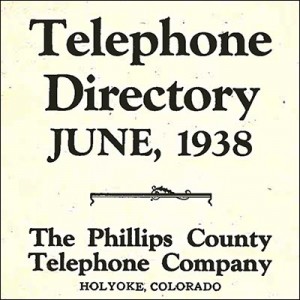 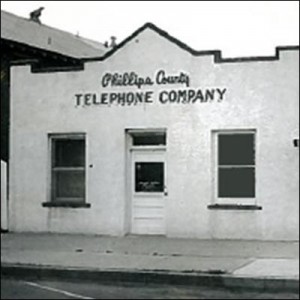 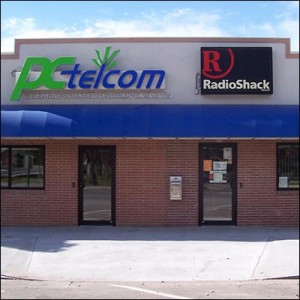